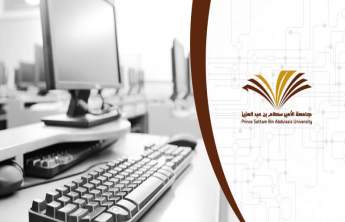 recorded a remarkable growth in scientific publishing in journals classified within the Scopus indexed Journals. The number of published researches is (833) in 2019 compared to the year 2015, when the number of published papers reached (303), with an increase rate of about (274.9) %.
In the scientific journals classified within the Web of Science- ISI index, the scientific publication has also recorded a quantum leap. As this number increased from (271) research papers in (2015) to (799) research in 2019, with an increase rate of about (294.83) %.
Prof. Abdulaziz Al-Hamid Rector of PSAU stressed the importance of scientific research and the relevance of many developmental steps and procedures for universities to it on the theoretical and practical levels.
Therefore, PSAU has tended to support scientific research in its various fields, and paid special attention to publishing in global databases, thus motivating and encouraging researchers, and through the Deanship of Scientific Research, it created a number of controls and procedures that would increase the rate of publication of researchers from the university’s faculty. In those rules, which led to a steady growth of publication in them.
Dr. Al-Hamid thanked the Vice-Recotr for Postgraduate Studies and Scientific Research, Prof. Abdul Rahman Al-Khudairi for his constant follow-up, patronage and interest in the programs and activities of the Deanship of Scientific Research, wishing at the same time to the Dean of Scientific Research, Dr. Ghaleb  Al-Nahdi and his fellow researchers, further progress and creativity, and the achievement of many research achievements.